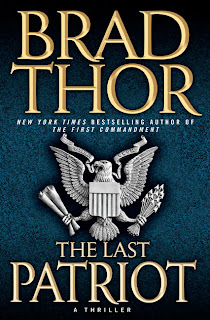 "You see Muslims believe that the Koran is the complete and immutable word of God. To suggest anything else is considered blasphemy and an outright attack on Islam. Nevertheless, about a fifth of the Koran is filled with contradictions and incomprehensible passages that don't make sense."

"For examples, in the beginning of Mohammed's career as a prophet in Mecca, Allah revealed to him through the Angel Gabriel the concept of living peacefully with Jews and Christians. Later when Mohammed, who had been shunned by the Jews and Christians, became a warlord and raised a powerful army in Medina, Allah supposedly revealed that it was every Muslim's duty to subdue all non-Muslims and not rest until Islam was the dominant religion on the planet."

"Part of the confusion comes from the fact that the Koran isn't organized chronologically. It's organized predominantly from the longest chapters, or suras to the shortest. The peaceful verses from the beginning of Islam can therefore be found throughout. The problem, though, is that the violent verses take precedence due to something called abrogation."
"What's abrogation?"
"Basically, it says that if two verses in the Koran conflict, the later verse shall take precedence. The most violent sura in the Koran is the ninth. It is the only chapter in the Koran that doesn't begin with the phrase known as the Bismillah - All the compassionate, the merciful. It contains verses like slay idolaters wherever you find them and those who refuse to fight for Allah will be afflicted with a painful death and will go to hell as well as calling for warfare against and the subjugation of all Jews and Christians."

"The difficulty for peaceful Muslims who do not espouse violence," clarified Harvath, "is that they don't have a contextual leg to stand on in their religion. When Mohammed said 'go do violence' and when he himself committed violence, Muslims are not allowed to argue with that. In fact, they are expected to follow his example."
"Why" asked Tracey.
"Because Mohammed is viewed as the 'perfect man' in Islam. His behavior - every single thing he ever said or did - is above reproach and held as the model for all Muslims to follow. Basically, Islam teaches that the more a Muslim is like Mohammed, the better off he or she will be."
"But, if Mohammed did in fact have a final revelation beyond Sura 9," said Nicholas, "and if, as Jefferson believed, it could abrogate all of the calls to violence in the Koran-"
"Then its impact would be incredible."


"Al-Jazari [Muslim equivalent to Leonardo Da Vinci was a dedicated man of science. Even as early as the 12th century, Muslim scientists and academics were aware of multiple errors throughout the Koran such as Mohammed's incorrect explanations of the workings of the human body, the earth, the stars, and the planets, which he had communicated as being the true words of God. There were also the satanic verses.
Harvath knew all too well about the satanic verses. Desperate to make peace with his family's tribe, the Quraish ['Koor-iysh], Mohammed claimed that it was legitimate for Muslims to pray before the Quraysh's three pagan godesses as intercessors before Allah.
But when Mohammed realized what he had done and how he had compromised his monotheism to get his family's tribe to join him, he took it all back and claimed the devil had put words in his mouth. The abrupt about-face acted like gasoline being poured on a smoldering fire with the Quraish and remained a fascinating retraction, which many throughout history, Salman Rushdie included, have found quite notable."

"The Islamic tradition is pretty well known for the penalty it imposes on those who blaspheme Islam or apostasize themselves from the faith."
"Death," replied Harvath.
"Exactly. There are many lay people and scholars alike, both within and without the Muslim community, who feel that the pure, orthodox Islam of the fundamentalists could never survive outside the context of its 7th century Arabian origins. Apply 21st century science, logic or humanistic reasoning to it and it falls apart."
"They believe this is why Islam has always relied so heavily on the threat of death. Question Islam, malign Islam, or leave Islam and you will be killed. It is a totalitarian operandi that silences all dissent and examination, thereby protecting the faith from ever having to defend itself."


"An interesting footnote is that after the victory, Prince Hamet [Arab] presented Lieutenant O'Bannon with a scimitar used by his Mameluke tribesman in appreciation of his courage and that of his Marines. This is the model for the saber the Marines still carry to this day."
Posted by Aaronautix at 11:12 PM No comments:

The Nostradamus Prophecies - By Mario Reading

"We [writers] hacks are used to being insulted. We are resolutely bottom of the pecking order. Unless we write bestsellers, that is, or contrive to become celebrities, when we magically spring to the top. Then, when we can't follow up, we sink back down to the bottom again. It's a heady profession, don't you agree?"


Well, Isis, the Egyptian godess, wife and sister of Osiris and sister of Set, was also believed to save sailors from the sea. And we know that she was frequently depicted seated on a throne, with her son, Horus the Child, on her lap. Horus is the god of light, of the sun, of the day, of life, and of good, and his nemesis, Set, who was Isis's sworn enemy, was the god of the night, of evil, or darkness, and of death. Set had tricked Osiris, cheif of the gods, into trying out a beautifully crafted coffin, and had sealed him inside it and sent him down the Nile, where a tree grew around him. Later, he cut Osiris's body into fourteen pieces. But Isis found the coffin and its contents and reassembled them, with Thoth, the mediator's, help, and Osiris then came back to life just long enough to impregnate her with Horus, their son."
"I don't understand..."
"Macron, the Black Virgin is Isis. The Christ figure is Horus. All that happened was that the Christians usurped the ancient Egyptian gos and transformed them into something more palatable to a modern sensibility."
"Modern?"
"Osiris was resurrected, you see. He came back from the dead. And he had a son. Who pitted himself against the forces of evil. Doesn't that sound familiar to you?"
"Both Jesus and Horus were born in a stable. And their births are both celebrated on the 25th of December."


"Fitness equated to health. Your body listened to you. Fitness freed it from the oppression of gravity. Find the right balance and you could very nearly fly."


"No one owns their soul. It is a gift. A part of God. And we take it back to Him when we die and offer it to Him as our sacrifice. Then we are judged on the strength of it."

Posted by Aaronautix at 8:59 AM No comments: