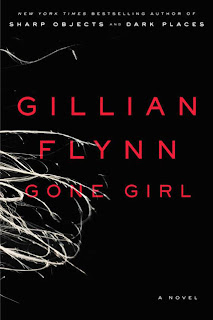 
"Friends see most of each other's flaws. Spouses see every awful last bit."


"Our only one. There is an unfair responsibility that comes with being an only child - you grow up knowing you aren't allowed to disappoint, you're not even allowed to die. There isn't a replacement toddling around; you're it. It makes you desperate to be flawless, and it also makes you drunk with the power. In such ways are despots made."


My thank-yous always come out rather labored. I often don't give them at all. People do what they're supposed to do and then wait for you to pile on the appreciation - they're like frozen-yogurt employees who put out cups for tips.


"We're not animals, asshole. We don't steal women. People want to feel okay for not helping us. See, they don't deserve it, they're a bunch of rapists. Well, bullshit."


"If you're about to do something, and you want to know if it's a bad idea, imagine seeing it printed in the paper for all the world to see."


"You are a cheater. You have failed one of the most basic male tests. You are not a good man."

"For several years, I had been bored. Not a whining, restless child's boredom (although I was not above that) but a dense, blanketing malaise. It seemed to me that there was  nothing new to be discovered ever again. Our society was utterly, ruinously derivative (although the word derivative as a criticism is itself derivative). We were the first human beings who would never see anything for the first time. We stare at the wonders of the world, dull-eyed, underwhelmed. Mona Lisa, the Pyraminds, the Empire State Building. Jungle animals on attack, ancient icebergs collapsing, volcanoes erupting. I can't recall a single amazing thing I have seen firsthand that I didn't immediately reference to a movie or TV show. A fucking commercial. You know the awful singsong of the blase: Seeeeen it. I've literally seen it all, and the worst thing, the tihng that makes me want to blow my brains out, is: The secondhand experience is always better. The image is crisper, the view is keener, the camera angle and the soundtrack manipulate my emotions in a way reality can't anymore. I don't know that we are actually human at this point, those of us who are like most of us, who grew up with TV and movies and now the Internet. If we are betrayed, we know the words to say: when a loved one dies, we know the words to say. If we want to play the stud or the smart-ass or the fool, we know the words to say. We are all working from the same dog-eared script.

It's a very difficult era in which to be a person, just a real, actual person, instead of a collection of personality traits selected from an endless Automat of characters.

And if all of us are play-acting, there can be no such thing as a soulmate, because we don't have genuine souls.

It had gotten to a point where it seems like nothing matters, be I'm not a real person and neither is anyone else.

I would have done anything to feel real again.

Posted by Aaronautix at 2:46 PM